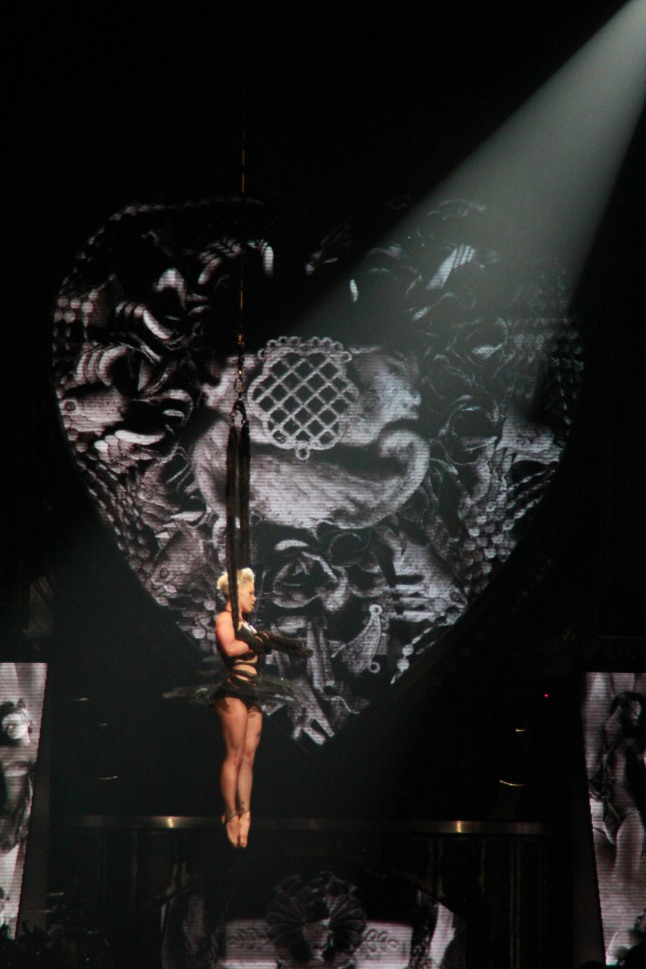 What a powerful woman

This was the set at Houston Toyota Center. I love the high contrast colors.

Okay, so even though I was seriously down with a cold; fever, stuffy, and coughing, I absolutely HAD to catch Pink on Tour.  I have been a fan since her first steps on the scene. I just love how much energy she has and how she is absolutely herself no matter what the critics say. So I dosed up on Dayquill and joined my sister and her boyfriend for the show. Great seats by the way!! Straight on so I was able to get the entire stage in my photos. Pink put on an amazing performance, she was dancing hard to every song and still belted out the high notes! What an acrobat! I am so glad I was able to go, although I did spend the next three days in bed, so worth it!